Blockchain runs on a peer-to-peer network. It is a collection of nodes that are connected to each other. Nodes are also called nodes. Let’s look more closely at what they are. Nodes are computers which work on a network. Their task is to process input data and convert them into output data by hashing. This approach distributes the load evenly among the participants. In this case, there is no need for a central server. Many decentralized peers appear. Peers are the people involved in the distribution.

Why do people use a peer-to-peer network?

One of the main uses of a peer-to-peer network is file sharing, also called torrenting. When using the client-server model for downloading data, you may encounter the problem of slow speed. This is related to the performance of the server. Peer to peer networks will not have this problem. If at least one of the peers fails, you will still have plenty of other peers to download. Also, such a network is not subject to censorship.

Using networks and nodes in cryptocurrencies

In the case of cryptocurrencies such as Bitcoin and Ethereum, they use a special proof-of-work protocol. Although Ethereum is about to switch to another proof-of-stake protocol, at the moment all nodes have equal privileges. The idea behind this method is that there is no hierarchy. These decentralized cryptocurrencies remain unchanged in their principles. Their idea is that all users of the currency system are treated as equals. There should be no governing body that can influence the value of the currency on a whim. This definitely works with both Bitcoin and Ethereum. You can manage your bitcoins through a modern online BTC wallet.

A good question would be, how then should all users of the network know that a certain transaction has taken place? This is where the information is spread by gossip. Suppose John sent 5 ETH to Nick. The nodes closest to her will find out about it, and then they will tell the other nodes closest to them, and then they will tell their neighbors, and it will spread until everyone knows.

Who will use blockchain?

You don’t have to know all the technical aspects of how blockchain works for it to be useful to you in your daily life. Today, there are many different uses for blockchain technology in the financial industry. International transfers, for example. The World Bank estimates that more than $430 billion in remittances were sent in 2015.

Imagine how much money banks made from that. With blockchain technology, you don’t have to do all these transactions with the help of 3rd parties. That’s why many people think it’s the future. You can also use a cryptocurrency referral program to get cryptocurrency or find a profitable bitcoin card. The modern features of such cards will help you to purchase goods in many stores. The technology is actively used in different directions, so you can explore this direction and find some benefits for yourself there. So bitcoin can really be a great investment even now. 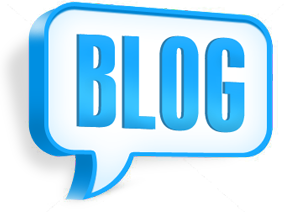